Poor speech intelligibility and lots of echos made the clients of AppAgent feel like they were were being called from a bathroom, not an office.  This made the management take measures for a better sound environment to prevent bad acoustics from being reflected in the business. 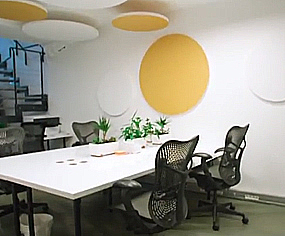 The atmosphere and dynamics have completely changed, and it has been incredibly quiet here.