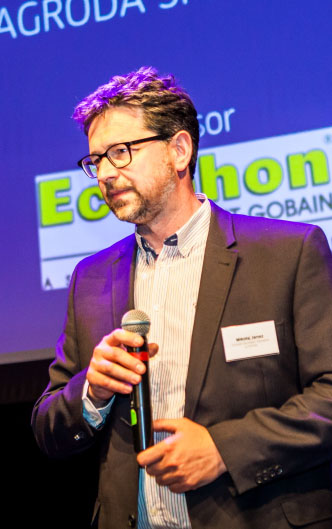 I remember my first day in primary school. A few faded images and two fresh non-visual impressions: a pleasant turpentine smell of floor polish and overwhelming noise. Noise so intensive that was a shock even for an experienced pre-school veteran. I felt myself so small, so lost in this hostile and oppressive environment, that I could think only about escape.

Today, the turpentine smell is gone from school together with oak floors, but the noise is still there, and it is even louder. Many people still believe that noise in school is something natural, specific to this environment, like snow at winter, but they don’t understand the essence of the problem.

For many years I was among them. I survived primary school somehow, being accustomed to the noise like a soldier in the trench. Many years later, leaving university with an architect diploma in the pocket I knew nothing about architectural acoustics. Like thousands of young architects before and after me. There is nothing strange then, that schools in Poland have such a bad acoustics – because it is usually a product of accidence (if not a Murphy Law).

People still believe that noise in school is something natural, specific to this environment, like snow in winter.

So when, over ten years ago, I started dealing with room acoustics in educational premises I was baffled by the fact that so little attention is given to this issue. Stress, fatigue, irritation, aggression, lack of concentration, bad speech intelligibility, vocal disorders – all those problems are induced by bad acoustics. The deeper I’m going into this subject, the more arguments I’m finding, the greater is my amazement, and this feeling is a major force motivating me in efforts to change this situation. And the greatest reward is another kind of amazement: wonderment in the faces of children who for the first time enter an acoustically treated classroom.