An all-new study by the Stress Research Institute in Stockholm confirms the findings of many previous studies: A better acoustic environment reduces distractions and stress, leading to better decision making.

Five hypotheses were tested: that better acoustic conditions lead to: 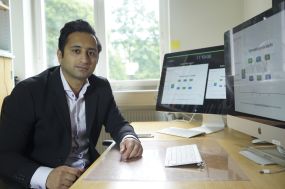 The study confirmed the first four hypotheses, but found no evidence to support the fifth.

“One reason might be that efficiency involves more general factors that perhaps have a less immediate impact than distraction and stress. It can take longer to realise that your general productivity has been affected by a deterioration in the acoustic environment,” explains Aram Seddigh, who led the study at the Stress Research Institute and has a doctorate in occupational and organisational psychology.

“That short period was enough to see the effects of distraction and cognitive stress. This indicates that a change in the acoustic environment can affect the perceived health and stress levels of employees within a fairly short time.”

The study was conducted at the Sundbyberg municipal offices on the outskirts of Stockholm, Sweden, where 151 members of staff were invited to take part. The response rate was high. Two distinct acoustic environments were created on different floors.

After these changes were made, objective measurements were taken to determine whether the acoustic environment really had improved or deteriorated.

“After two weeks of the new conditions, we conducted a survey asking employees how they perceived environmental distractions, their stress levels and their productivity.”

Once the employees had had their say and reported their perceptions of the work environment, the conditions were reversed. Those who had been working in the good acoustic environment changed places with those in the poor acoustic environment. A new survey was then conducted, after which the employees changed places again, returning to their original conditions. Finally, the study participants reported on their experiences in one last survey.

One of the strengths of the study is that it was conducted on two similar floors within the same organisation and building, where the two groups of employees worked simultaneously under contrasting acoustic conditions.

“By switching the acoustic environment back and forth, we created a highly controlled field study, which increases the relevance and credibility of our findings.

"The study shows the importance of focusing on the acoustic environment in open-plan offices, so that we create the conditions for employees to perform efficiently and feel well," concludes Aram Seddigh.

More about this and other studies